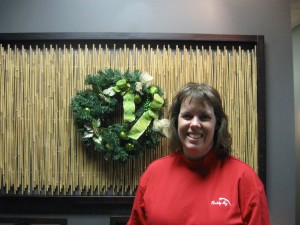 I would like to thank Joel Thielen and his staff at Elements Acupuncture for their pleasant service and most of all support that they have given and continue to give me through my treatment for depression.

First off, for those of you who do not understand depression need to take the time to read up on the topic to educate the mind as to the cause and treatment.  I have battled moderate to severe episodes of depression my entire life.  I must say that I did not realize that I had the condition until I was diagnosed when I turned 30 (and no it was not the crisis of turning 30 – that is simply a number).  Unfortunately, my body does not know how to deal with life’s crisis.  I believe what tipped my depression into overdrive was a miscarriage to start and then followed by post-partum depression after I had my daughter.  I also believe that I had bouts of depression in high school; however I didn’t know what it was at the time.

It was over 15 years ago that I first sought treatment with counseling and antidepressant medication (3 different types).  The pills had obnoxious side effects.  I opted to go off the antidepressant and tackle it with rigorous exercise and St. John’s Wort.  This seemed to work until I fell off the exercise wagon and became consumed with my work and a second marriage.

Guess what?  Life happens and once again, I could not handle life: not getting the promotion I wanted, quitting that job and starting a new one and then quitting that one (you get the picture).  Then my father died on Christmas Eve.  My world seemed as though it were falling apart and then the second marriage began to crumble.  Once again I found myself on antidepressants.

Something in my mind triggered a memory about an article that I had skimmed over regarding the use of acupuncture for depression.  My mother had stepped outside the box and sought out acupuncture for fibromyalgia.  She spoke highly of her success and gave me the number to Elements.  I made the call.

I am 46 now.  It has taken me this long to take the “bull by the horns” and get my life back on track.  Joel did not paint my world pink nor with rose colored sunsets.  He was honest, hopeful and extremely encouraging.  Joel was the coach I needed.  He eased my mind with his experience was able to communicate what others felt while recovering from depression – some good and some not so good.

I started my treatment in September of 2013.  I took the most aggressive treatment option possible.  It is now two months later and I am off my medication.  I am still having some withdrawal symptoms (dizziness and sensitivity to light).  I am stubborn by nature and I refuse to succumb to the symptoms.  As my acupuncture treatments were backing down, I was not able to handle the withdrawal symptoms and had to increase my acupuncture treatments to the level of the symptoms.  Again, Joel is an awesome coach and has been there to encourage me that “this too shall pass”.

I have only been off the meds for two weeks, but I am finally starting to feel myself again.  The increased treatments along with a medicinal bath soak that Joel recommended have sped the process of recovery.

Attitude is 100% of success.  If you feel that acupuncture is not going to work, then it simply will not because you already have your mind made up.  I believe in Acupuncture.  You have over 3000 years of Chinese Medicine that proves Acupuncture works.  The numbers are with you.  What do you have to lose?  What has modern medicine done for you lately?  I am fortunate enough to have an OBGyn who supported me with my decision to step outside the box.

Make the call – find out for yourself what it feels like to wake up in the morning and see sunshine verses a gray haze, an unhappy face when you look in the mirror, and no energy to see yourself through the day.  I am finally remembering what it feels like to feel HAPPY.  There are days that I feel like a kid…. even my boss noticed!

Whatever your ailment is, seek the assistance of Joel and his staff.  They are 100% AWESOME.  I have my life back thanks to my attitude and the healing ways of Elements Acupuncture.